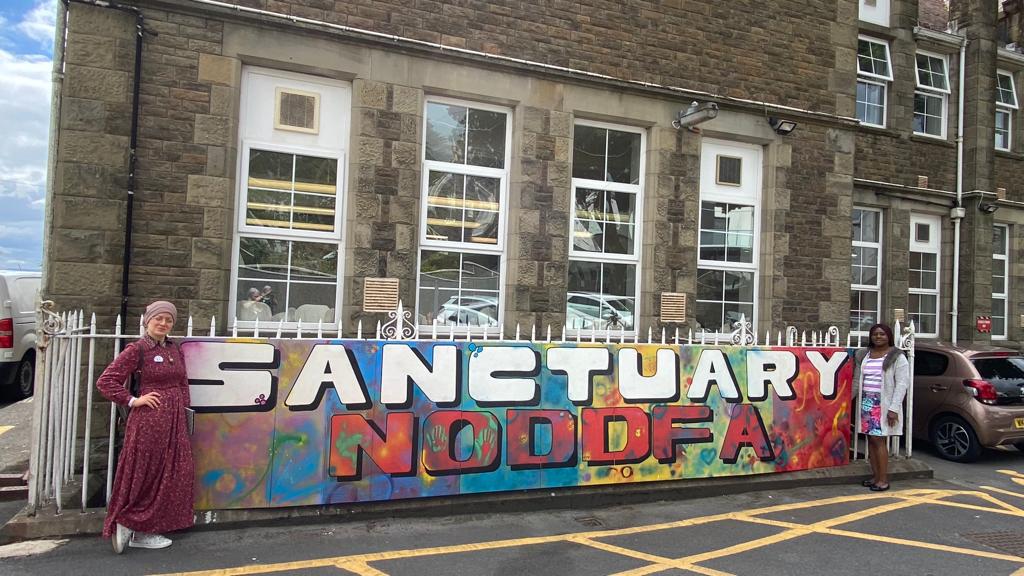 Gower College invited Swansea City of Sanctuary to join them for a launch of their new ESOL classrooms and Visual Arts exhibition on Monday 13th  June at the Llwyn Y Bryn campus. Four new classrooms have been built to accommodate ESOL growth at the first FE College in Wales to receive a College of Sanctuary Award.

The Principal of Gower College welcomed representatives from Swansea City of sanctuary. Diamonds gave a moving account of her own experience as a sanctuary seeker coming to Swansea. Funmilayo Olaniyan spoke about the work of SCoS and described in an inspiring way how she had benefited from attending Gower College when she arrived in Swansea, which led her to her current degree course.

This impressive event reinforced the close partnership between Swansea City of Sanctuary and Gower College. 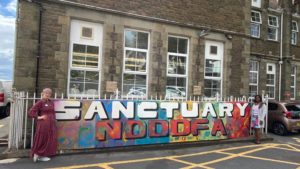 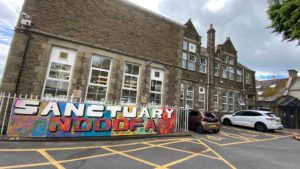