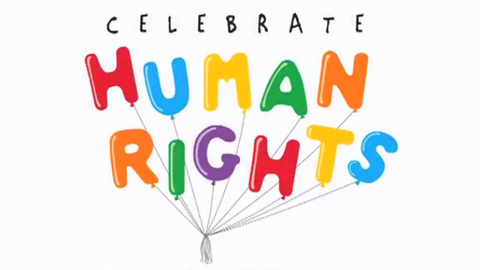 December 10th is Human Rights Day. It commemorates the day on which, in 1948, the United Nations General Assembly adopted the Universal Declaration of Human Rights. In 1950, the Assembly passed resolution 423 (V), inviting all States and interested organizations to observe 10 December of each year as Human Rights Day.
To commemorate Human Rights Day, Swansea City of Sanctuary and some of its volunteers met with members of Swansea University’s College of Law & Criminology, members of the Student’s Union as well as staff and volunteers from Discovery SVS.
What is #HRD528?

#HRD528 is a challenge, where participants are tasked with surviving on £5.28 for five days leading up to Human Rights Day.
Why £5.28?

£5.28 is the maximum daily cash allowance an asylum seeker will have access to, under current Section 95 support (in addition to housing and utilities being provided at no cost to the asylum applicant).

On Human Rights Day ten Swansea City of Sanctuary asylum seeking volunteers met with individuals who participated in the challenge to share experiences of how it feels to have to survive on £5.28 a day. Some of the group had never met before, so it was a great opportunity to meet new people as well as discuss important human rights issues. 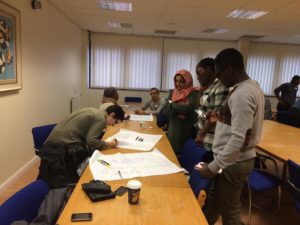 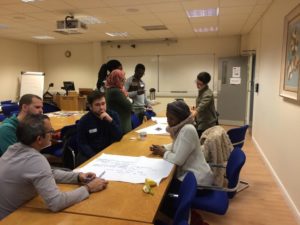 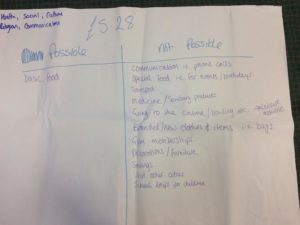 One participant explained how difficult he had found the challenge, admitting he hadn’t expected to be “frightened” when he woke up hungry, knowing he didn’t have much money to survive on for the day.

Jack Fossey, the Swansea University Student’s Union Welfare Officer shared his experiences with the Wales Online to publicise the challenge and the financial support received by the majority of asylum seekers.