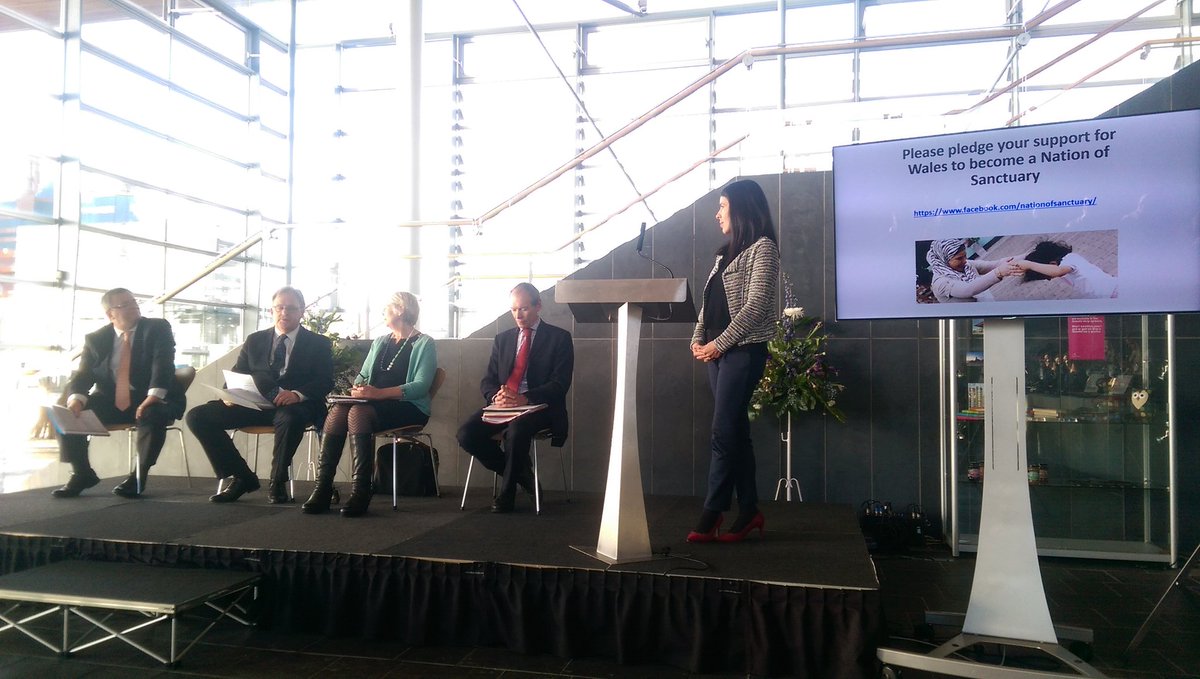 This event brought together around 150 people including Assembly Members to listen to powerful refugee testimony on several devolved issues including housing, transport and education. This event coincided with the Equality, Local Governments & Communities Committee inquiry into refugees and asylum seekers in Wales and all testimony given was filmed to provide as video evidence to the inquiry. We heard about successful welcoming activities from non-dispersal areas such as Hay, Brecon and Talgarth Town of  Sanctuary and Hiraeth Hope. We also heard directly from pupils in St Joseph School in Wrexham, which has recently become a school of sanctuary.

As well as these positives, we heard powerful calls to action in areas where there is still work to be done at both devolved and non-devolved levels. This included the vital importance of accessing English classes, a skill which enabled one of the speakers to “come back to life”; the frustration at not having permission to work, despite being job ready as a result of participation in an innovative training programme for asylum seeking and refugee doctors, and the poor housing conditions facing asylum seekers in Wales. This particular issue has received a lot of press attention in recent weeks in Wales. 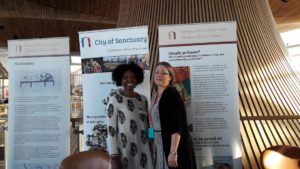 A cross-party panel of Assembly Members then responded to questions from the audience. The panel was made up of John Griffiths AM (Labour), Sian Gwenllian AM (Plaid Cymru), Mark Isherwood AM (Conservative), and William Powell (Liberal Democrats, County Councillor). Notably, there was cross-party support for Wales to become a Nation of Sanctuary. We hope to see this become reality sooner rather than later. 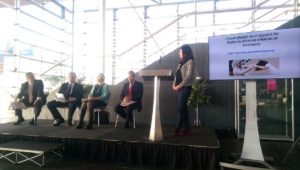 To find out more about the day follow the hashtags #SanctuarySenedd and for Welsh speakers #NoddfaSenedd.