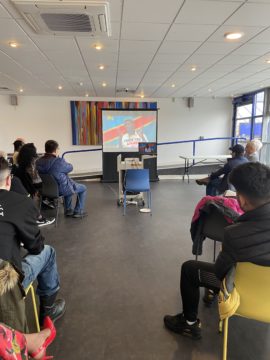 On 4th April, we held a Refugee Employment Workshop and Networking event, followed by the opening of our Pilot Exhibition.

The day began with our Co-Chairs, Alan Thomas and Carlos Ibarra Rivadeneira (pictured left to right below), who gave an introduction to the session. 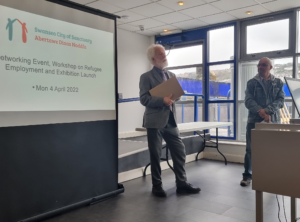 Following this, lunch was provided, with an opportunity to network with individuals within the field. Those invited included: mainstream employment providers, pledged supporters and members of Swansea City of Sanctuary, refugees with lived experience, along with employers and potential Businesses of Sanctuary.

We then had an introduction to Refugee Employment. This included: 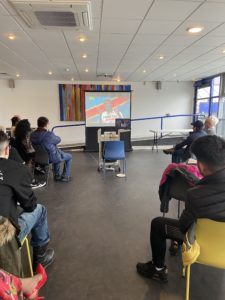 Attendees then entered into groups for discussion:

The findings from these sessions are available to read in full in our Refugee Employment Workshop Report.

After the session, we were joined by the Lord Mayor of Swansea, Councillor Mary Jones, who kindly opened our Pilot Exhibition: Home Away from Home. 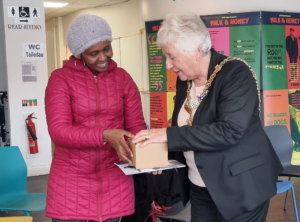 Hannah Sabatia and The Lord Mayor 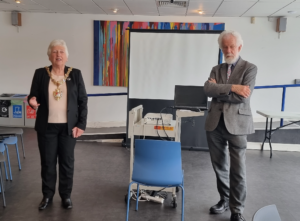 The Lord Mayor and Alan Thomas

Attendees were then invited to have the first look around our Pilot Exhibition! 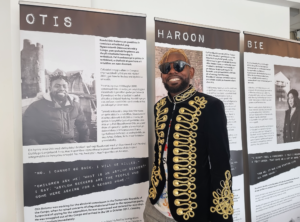 Otis with his panel! 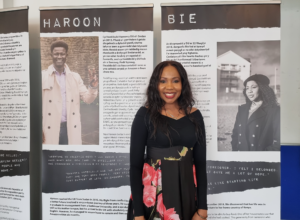 Bie with her panel! 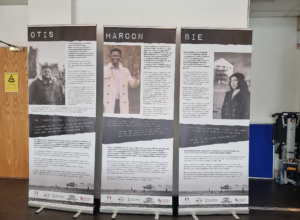 Three of six panels with stories of lived experience 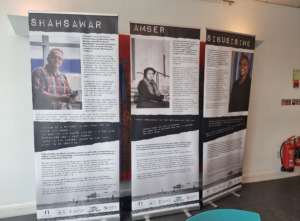 Three of six panels with stories of lived experience

The full Home Away from Home Exhibition will be launching in June at The National Waterfront Museum.