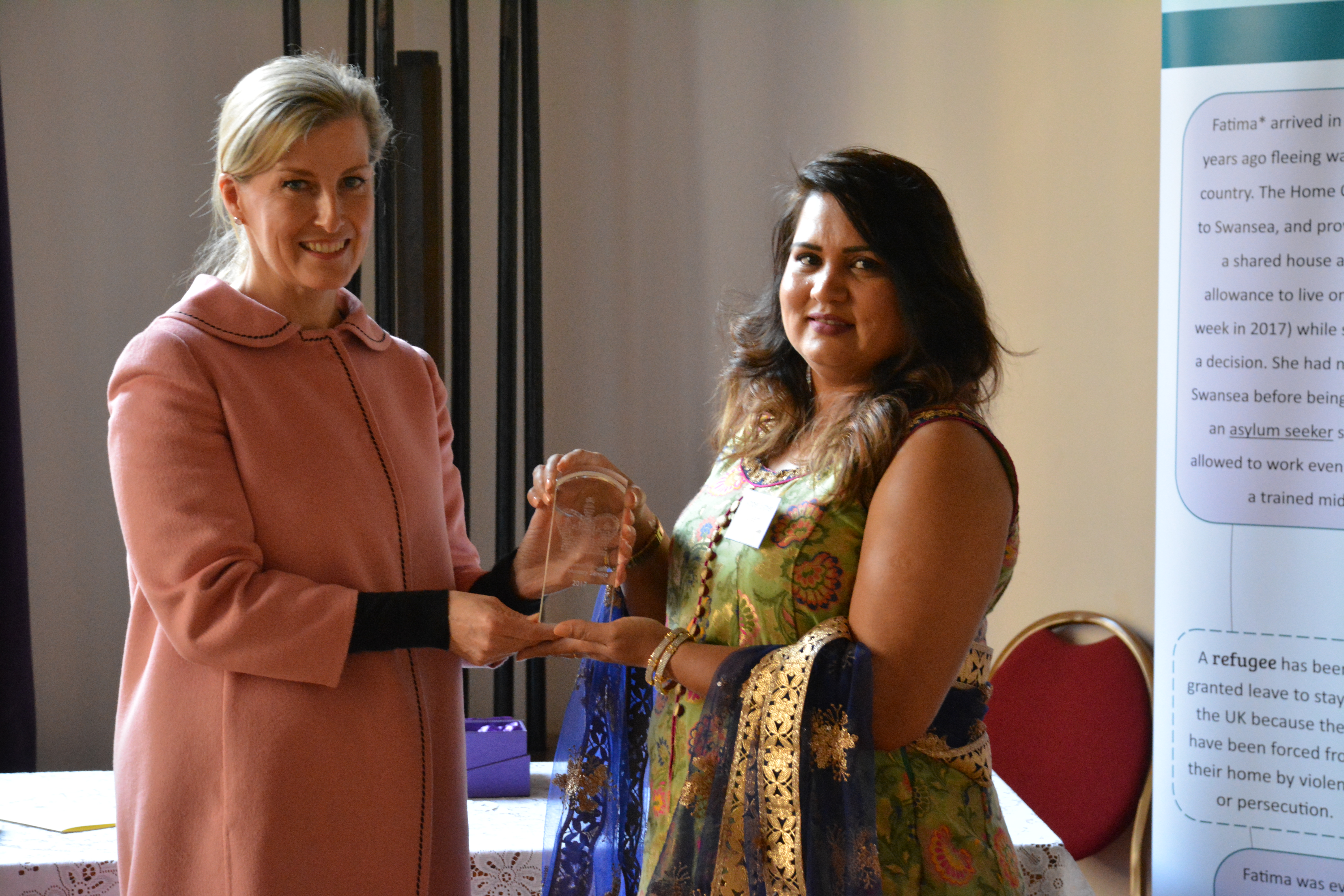 Volunteers at Swansea City of Sanctuary come from all walks of life, from those born and bred in the city to those who are housed here while they seek asylum in the UK. Some are asylum seekers or refugees who may never have imagined that life would bring them to Swansea and that volunteering would bring them up close with the British Royal family.

“We are very happy to receive this award and honoured to receive it from Her Royal Highness The Countess of Wessex.  It brings recognition of the hard work undertaken by our volunteers, many of whom are themselves seeking sanctuary. The award serves as a celebration of the welcoming attitudes and behaviours demonstrated by individuals in Swansea, the UK’s second City of Sanctuary.” 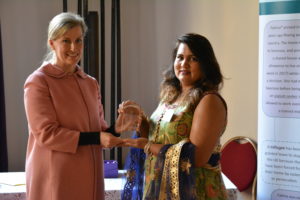 The award is the equivalent of an MBE for volunteer groups and is the highest award presented to volunteer groups throughout the UK. The Royal visit recognises the outstanding contributions made by individuals who donate their time and skills to make Swansea a welcoming and safe place for people fleeing violence and persecution.

“The Queens Award for Voluntary Service is a recognition of the tremendous contribution made by our volunteers and we would like to take this opportunity to thank each and every one of them for all they do to make our vision of Swansea as a safe, welcoming place, a reality.”

Volunteers on the ‘Welcome to Swansea’ project support newly-arrived asylum seekers to get to know Swansea and access services and opportunities. Volunteer ‘Sanctuary Speakers’ co-deliver awareness-raising training to groups throughout the city, drawing on their own experience of living in Wales as an asylum seeker. These activities and more are coordinated by a volunteer Management Committee, which includes members who are themselves seeking sanctuary.

As part of the award, Swansea City of Sanctuary representatives were invited to a Buckingham Palace Garden Party last year, attended by several members of the Royal family. Development Worker, Eleri Williams, and Integration Officer, Stepheni Kays, both former volunteers, were privileged to attend.

Stepheni Kays said:
“Having come to the UK as an asylum seeker under very difficult circumstances, to be in Buckingham Palace representing an organisation, colleagues, volunteers and the people whose experiences are seemingly related to mine was both an honour and a blessing. The experience transported me back to a dark past, unpleasant journey, an uncertain asylum outcome, but it also gave me hope and encouragement for the future.”