Swansea sets the example for Wales as a Nation of Sanctuary 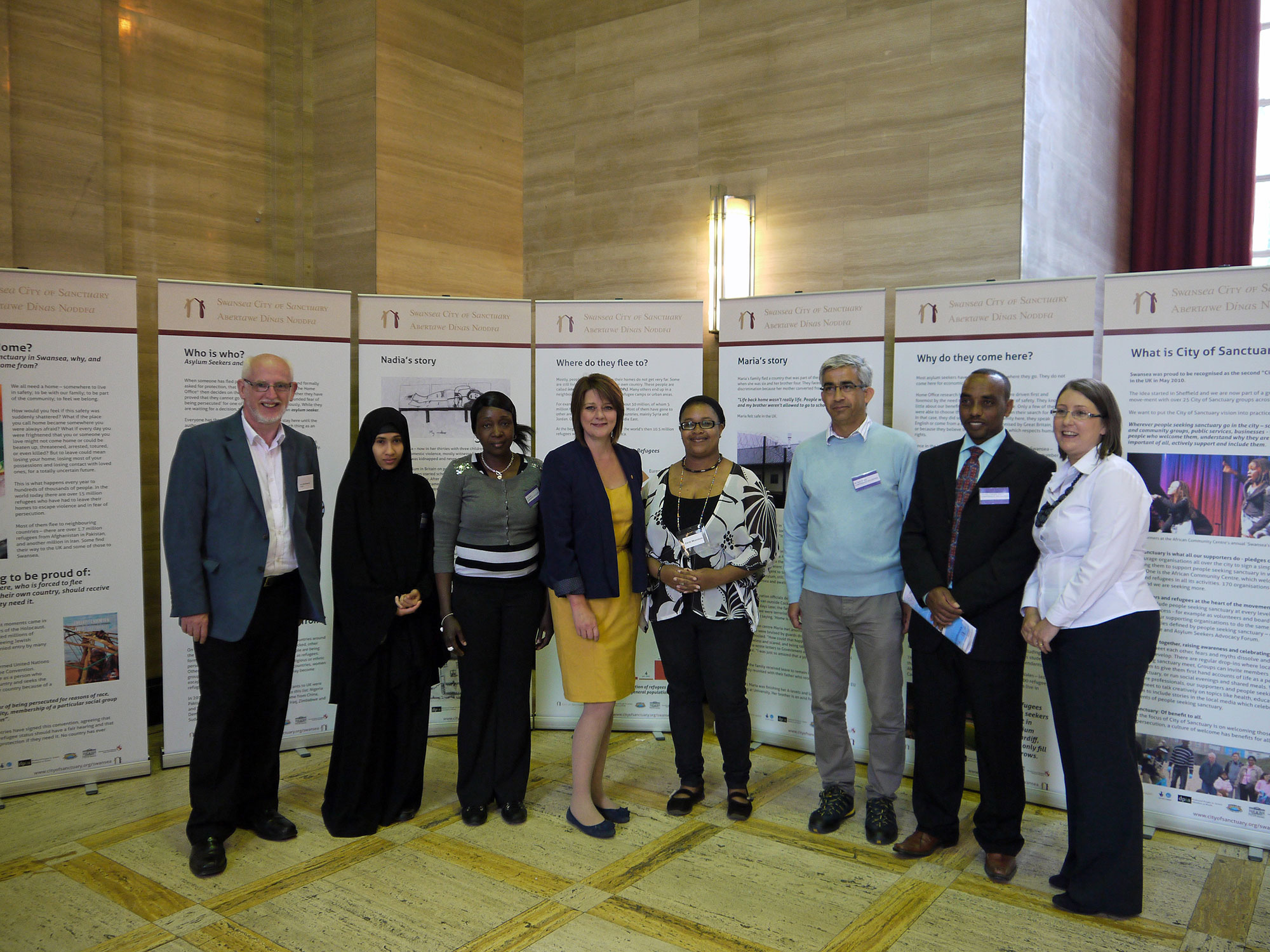 Wales’ bid to become the UK’s first “nation of sanctuary” for refugees and asylum seekers is gathering momentum, as Swansea leads the way welcoming refugees to Wales with practical action across the city setting a model for others to follow.

The vision of City of Sanctuary is to see towns and cities across the UK build a culture of hospitality and become places of welcome and safety for those fleeing persecution and war, while also celebrating the contribution they bring to the community. Not surprisingly, Swansea became Wales’ first City of Sanctuary in 2010, and since then, Swansea has seen over 160 local organisations and Swansea City Council commit to working towards providing support and welcome to asylum seekers and refugees.

During Refugee Week Wales 2013, the City of Sanctuary Conference held in Cardiff saw around 100 delegates hear how Wales can become a nation of sanctuary, with stories from Swansea showing how this could be possible, and Cardiff wanting to follow their lead.

As a keynote speaker on the day, Hannah Machora, Vice Chair with Swansea City of Sanctuary, shared her experiences as an asylum seeker living in Swansea. As a member of Displaced People in Action’s Speakers Team, Hannah has visited schools to talk about the issues asylum seekers face. She said, “It’s amazing to see how young people respond positively to the truth about asylum and refugees. Many said they didn’t know that’s what refugees go through. Others wondered why asylum seekers are treated so badly.” She highlighted projects currently running in Swansea including Cyrenians Cymru who work with the homeless in the city. After pledging support to City of Sanctuary, they started a project called, “Unity in Diversity” to bring refugees and asylum seekers together with other local people. Many meet there every Tuesday and Thursday to socialise, share a meal and afterwards for informal English classes.

Hannah was joined on the speakers platform by Leanne Wood, leader of Plaid Cymru. Ms Wood outlined a vision of seeing Wales as a nation of sanctuary and how Swansea has led the way. She said, “As part of the project, Swansea City of Sanctuary has worked with organisations to turn pledges of support into practical action and also helped organise themed workshops on priority issues such as mental health, English as a second language, education, community safety, employment and housing.

“All of this provides a great deal of experience, a blue print almost, for the Cardiff project to draw from”.

In giving her support to the movement and to Wales becoming the UK’s first nation of sanctuary, Leanne Wood said “this is an appropriate goal. For an entire country to work together to welcome people. To look after and care for those who have come to us for help or support following war or persecution. It is not beyond us to do that – to link all parts of Wales with the aim of assisting those in need, those in an unimaginable position, in many cases.”

Refugee Week Wales saw many events take place across the country. Lesley Hill, Project Manager for Swansea City of Sanctuary’s People & Places Project said, “a highlight of the week for me was the annual Lord Mayor’s Tea Party to welcome new status refugees into the Swansea community. This year, there was a high level of attendance from families and there was a very lively and excited atmosphere in the room as families and individuals came forward to receive their certificate of attendance and welcome and chat with the Deputy Lord Mayor.”
Swansea has modelled how to become a City of Sanctuary and the hope is that Cardiff and many other towns and cities across Wales will be inspired and follow in Swansea’s footsteps. 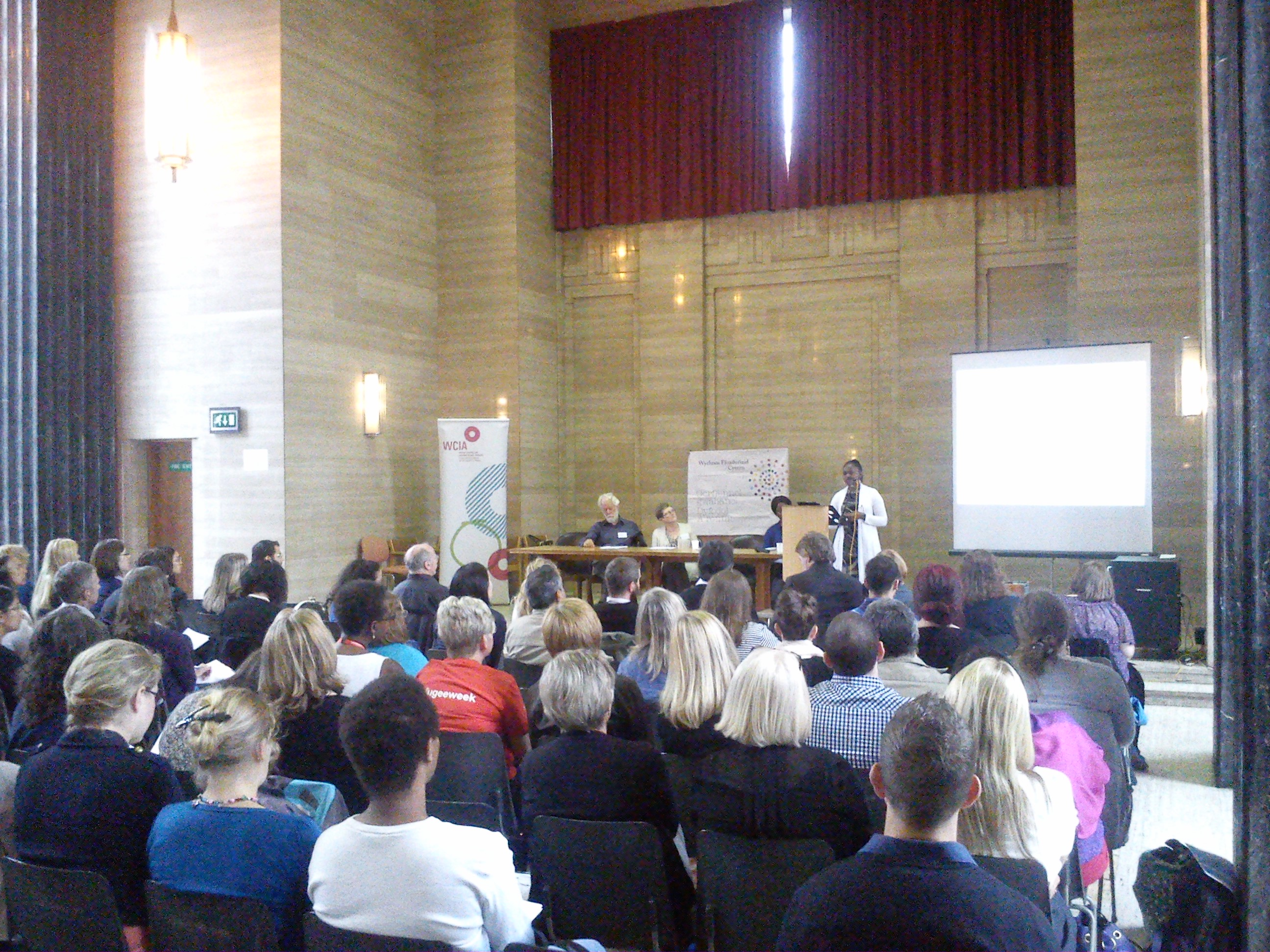