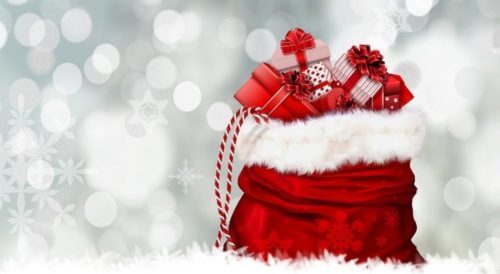 On December 5th, 2018 the Lord Mayor of the City and County of Swansea, Cllr. David Philips and the Lady Mayoress, Cllr. Sybil Crouch welcomed Swansea City of Sanctuary supporters and friends to the Lord Mayor’s Mansion House.

The purpose of the evening was to promote the work of CoS and Share Tawe in particular, in addition to raising much needed money for both organisations.

Everyone enjoyed the entertainment including a piano recital, singing and poetry readings. A surprise visit from Father Christmas delighted everyone. He ran the raffle, giving out the prizes. Thank you, to all the volunteers who entertained everyone with such professional performances – Iffy (piano), Otis, Marilyn, Tracy, Sylvie, Michaela and Grace (singing) Saba, Mr Bilal (poetry) and Johnnie (Santa).

The food and drinks were enjoyed by everyone. We were grateful to Karen and the staff of the Mansion House for their assistance in serving the buffet and helping us to clear everything away after the event. They made it so easy for us. Food was prepared by supporters and CoS volunteers, Amber, Kathryn, Saba and Gogai’s Cuisine. Thanks go to them all for such a delicious buffet with tastes from all over the world.

Marilyn spoke about Share Tawe and its work with destitute asylum seekers in Swansea. More information is available on our website. We were delighted to be joined by the Lord Mayor and Lady Mayoress as well as the High Sheriff, Henry Gilbert and his wife. In his speech, The Lord Mayor spoke about his and Swansea City Council’s support for Swansea City of Sanctuary and how important it is for Swansea to continue to be a place of welcome. The High Sheriff reiterated this support and kindly offered to provide funding for tickets for the Pantomime at the Grand Theatre for asylum seeker families. This was subsequently organised by Swansea Asylum Seekers’ Support and a great time was had by all.

This was the first time Swansea CoS has arranged a fundraising event. After costs, the event raised over £500 through the sale of tickets and a raffle. The raffle was made possible by the generosity of Boo’s Kitchen, Mumbles, Mumbles Cash Hardware, TGI Fridays, Botanical Gardens Carmarthen, Chris Snook, Judith Isherwood and Amber Esther. S CoS also received donations towards the drinks from the Co-op store in Tycoch and Tesco, Fforestfach.

The evening was made possible due to the generosity of the Council and the Lord Mayor allowing charities to use the Mansion House and was successful because of the work of many volunteers, in particular, Amber and her event planning team, Joy, Thanuja, Saba, Rehmat and Safdar. Thanks to everyone who came along and supported us in this venture. 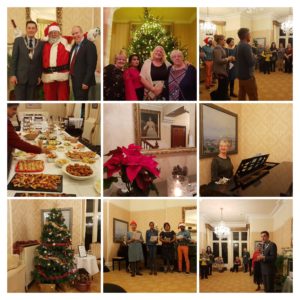 Hopefully, we will be able to hold another similar evening in 2019.