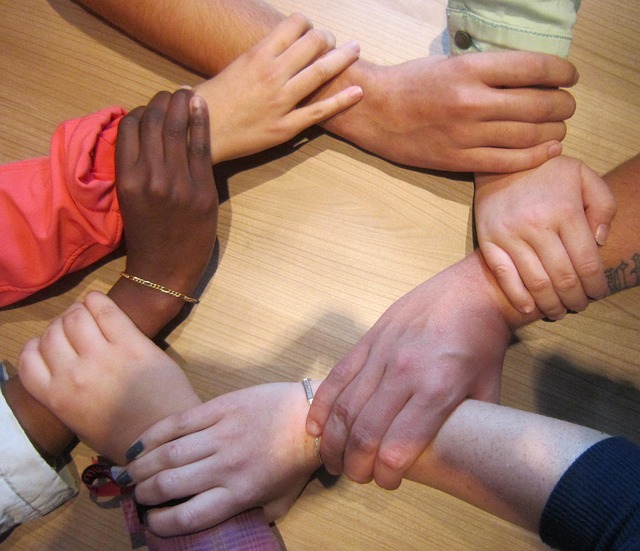 Committee Report: April 2015 -June 2016
A year of new beginnings.
First year of new lottery / DPIA Project. At the beginning of the year we helped with the appointment of 3 staff and were delighted with the team appointed and during the year have been deeply impressed by their enthusiasm, competence and sheer hard work! The committee has worked with and helped to support the workers, and the coordinator will give a short report on their achievements.
We have had great pleasure in working with new groups in Pembrokeshire, Brecon and Knighton. As well as supporting Swansea in various ways, these groups have provided wonderful opportunities for asylum seekers and refuges in Swansea to enjoy rural hospitality and welcome. They are part of the really encouraging upsurge in concern for asylum seekers struggling across Europe, which has resulted in a determination to prepare for the resettlement of Syrian refugees across the UK and a renewed interest in the asylum seekers and refugees already here.
Support for UK and Wales City of Sanctuary Events
A small group of us attended the following events.
• Sanctuary in Parliament – Attended with 2 members of AS / refugee community, one of whom, who is a member of our Committee, spoke about her experiences and how changes to the immigration law would affect families.
• Sanctuary in the Senydd. Two Swansea speakers.
The work of the Committee – working towards a culture of welcome in Swansea.
As a committee we have a life before after and during any funded projects and are responsible for the working towards the City of Sanctuary Vision in Swansea. City of Sanctuary is the sum of what our supporters do all over Swansea – whether supporting people seeking sanctuary in their club, faith group or workplace; providing practical help through fundraising, volunteering or campaigning; involving people as volunteers, or offering work placements; or simply ensuring that their activities and services are accessible and welcoming.
We believe that our key processes help us to work towards our vision that wherever people seeking sanctuary go in Swansea they will find people who understand them, appreciate what they have to offer, and are willing to support them. City of Sanctuary does this through: raising awareness through bringing people seeking sanctuary together with local people; seeking pledges of support and supporting people to put them into practice; encouraging volunteering which brings people seeking sanctuary and others in Swansea together; facilitating the working groups, which bring people together to work in partnership on issues of common interest relating to asylum seekers and refugees.

The 3 Swansea workers, funded by the Lottery and employed by DPIA, have a clear brief, but within this there is considerable flexibility and we have tried to support the staff team in making the most of this, for example in discussing with them priorities for workshop topics and other activities.
We started the year by looking at changes in the context we work in since the original grant application to the National Lottery. We identified many changes which affect the lives of asylum refugees. For example, the increasing poverty of people seeking sanctuary, and the shrinking of advice services to help people trying to negotiate the ever more complicated asylum system.
Working Groups have continued to meet and develop, and they report to the committee from time to time. They are:
• Family and Play
• Mental Health.
• Destitution
The Destitution Working Group, which currently places destitute asylum seekers in private homes, has expanded this year, largely because of the increase in support from the general public, which has resulted in more hosts coming forward. It has also been a challenging year in which we have been working without a paid staff member, and the group is busy with applications for more stable funding, which will help us continue to expand the hosting work but also pilot other models of support, such as shared housing.
We have set up a task and finish group to look at our future strategy, in particular to look at the long term sustainability of Swansea City of Sanctuary. A particular challenge this coming year will be to look at life after the current lottery project. Should we apply for a new major grant? What needs to change and what needs to stay the same? How can we best use the City of Sanctuary process to continue to create a culture of welcome, which we believe makes Swansea a more friendly place and a better environment for everyone. In looking at potential ways forward we are aware of even more challenges ahead for people seeking sanctuary. Not least of these are the implications of the Immigration Bill currently going through parliament, and also the hostility to immigration which is still a disturbing aspect of life in the UK
Thanks to all our supporters and pledged members and to committee members, particularly to those who have served on the committee during the year but for various reasons are now standing down. – Aliya, Kirsty, Shiam, Prue, Abdalla, Sylvia and Asifa Minkesh and Mabinty.