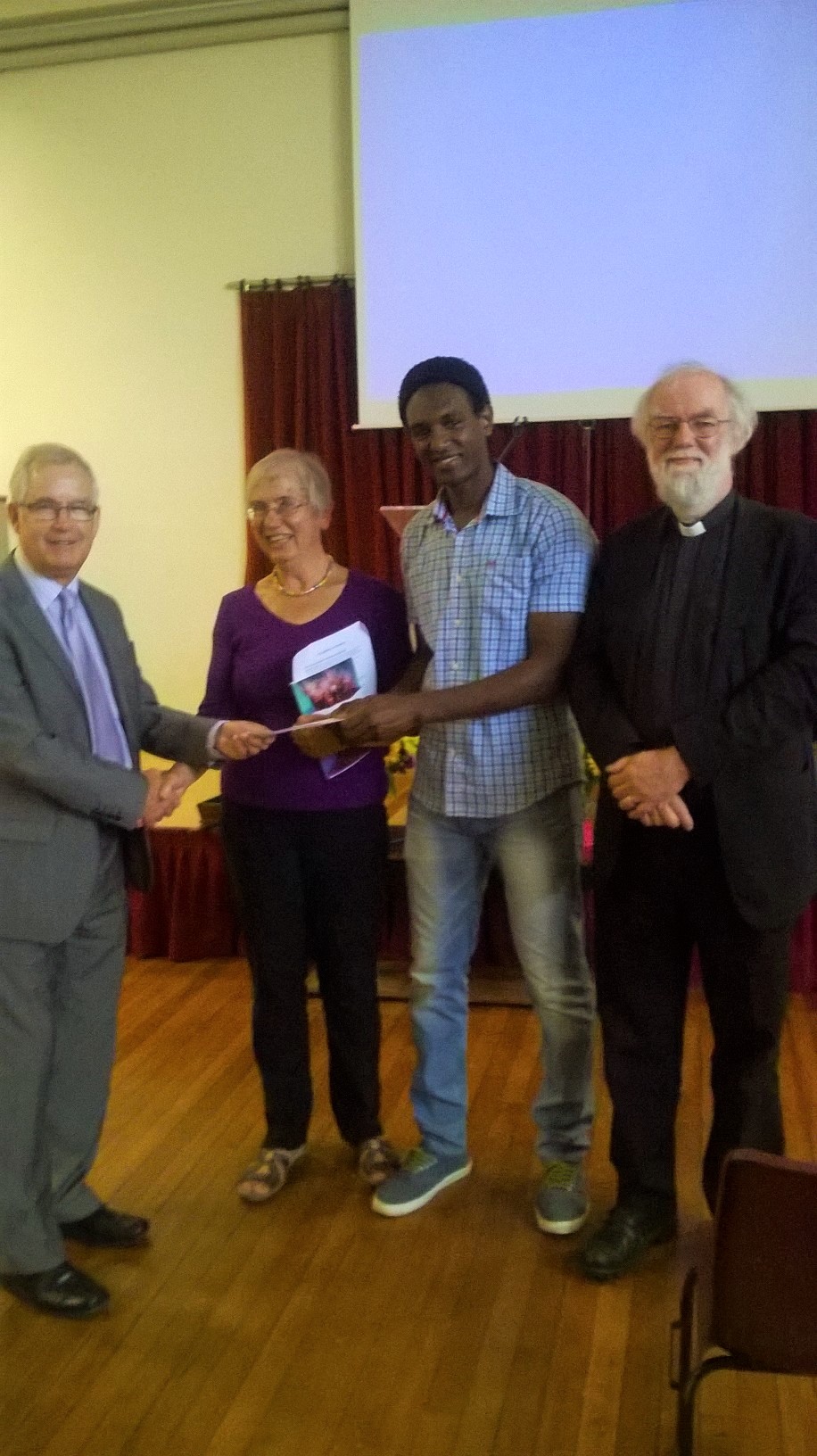 Marilyn Thomas, a key Management Committee Member and Seydou Sabaly, an asylum seeker from West Africa, spoke about the needs of asylum seekers and refugees in Swansea and thanked everyone present for their support. They also undertook a collection for SHARE Tawe, Swansea’s voluntary hosting scheme which provides support to destitute asylum seekers. The audience donated generously and close to £800 was raised. This money will support destitute asylum seekers whilst they are being hosted by a volunteer and is likely to go towards a weekly bus fare. This money provides a real life-line, enabling guests to retain independence and the ability to access essential support and advice services, in addition to any educational and recreational activities.

Dr Rowan Williams, former Archbishop of Canterbury, was the event’s guest preacher.  He linked the Old Testament injunction to set aside ‘Cities of Sanctuary’ with the New Testament story of the sheep and the goats.  He argued the former is part of the ‘Law’, which, far from being an unwelcome imposition is, a gift, a privilege and a joy to have been given by God.

Following this view, if we as individuals, a city-wide, or even, a national movement, provide safety for individuals in fear of their life, we can be safe as a whole community from private vengeance and hatred.  The latter is not just about applauding private acts of charity but is in the context of all nations of the world being gathered at the day of judgement and hence is a requirement on us and our leaders as to how our societies should be ordered, for example by giving equal respect to all.

We would like to thank Dr. Williams for his encouragement, as well as thanking everyone present for their continued support for Swansea City of Sanctuary, and for their generous donations to SHARE Tawe in particular. 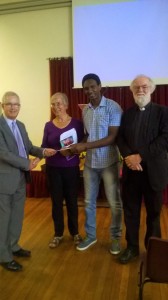