AGM and the newly elected committee; a celebration of diverse women! 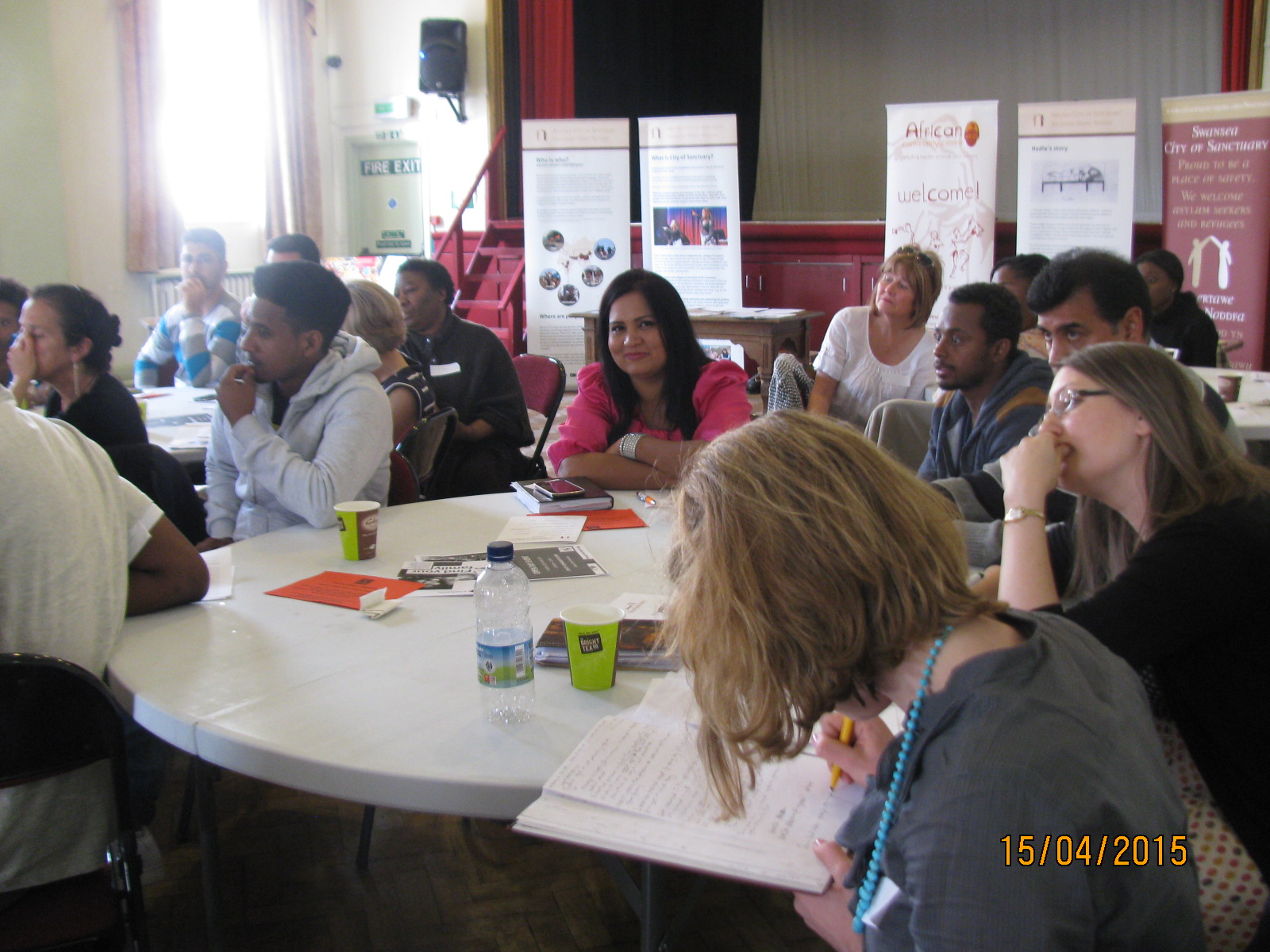 Swansea City of Sanctuary held its AGM at the YMCA on April 15th 2015. There was in excess of sixty attendees, many of whom were people seeking sanctuary. 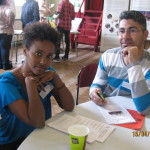 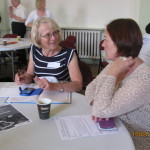 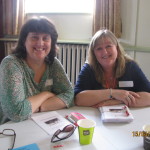 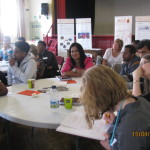 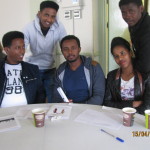 We were delighted to hear a keynote speech from Forward Maisokwadzo, the recently appointed Communications Officer for National City of Sanctuary. Forward, a Zimbabwean journalist, (and refugee) recalled an earlier visit to Swansea in 2010, which was actually the Swansea City of Sanctuary Launch event! His speech inspired us to take into account the wider picture, and to “think forward,” to capitalise on our collective effort to improve welcome and integration within Swansea.

It appears that Forward too, was inspired by the day. He said “it was very exciting, inspiring and humbling to see quite a sizeable number of people from diverse backgrounds participating at the Swansea Annual General Meeting where the group took stock of the significant work carried out in the previous year and also plan ways forward.”

He went on to say that “creating cities and towns of sanctuary and working towards the vision of Wales becoming a nation of sanctuary is commendable. The unfortunate drowning of refugees in the Mediterranean sea demonstrates the crying need for Wales and its people to play its part by joining others in extending the spirit of welcome and hospitality to sanctuary seekers.” 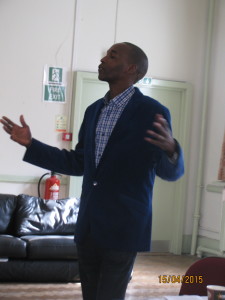 Following Forward’s speech and an introduction to Displaced People in Action’s new Wales Cities of Sanctuary Project Staff, the business meeting commenced. Four members of the current Management Committee and one Co-optee stood down, one stood for re-election and six individuals stood for nomination and election. Two of the individuals who stood down, did so as they have been appointed as staff on the Wales Cities of Sanctuary Project.

We are delighted that all six  new nominees were elected, and Jill Duarte was re-elected to the Management Committee. In a move we believe to be unprecedented in our history, the six individuals elected are all women, and four are sanctuary seekers. It is widely recognised that women, and sanctuary seekers, face disproportionate levels of discrimination. Consequently, Swansea City of Sanctuary is immensely proud of our newly elected members and excited for the year ahead.

We know that under the leadership and guidance of these individuals, in addition to the rest of our dedicated and hard working Committee, the movement will be able to thrive.